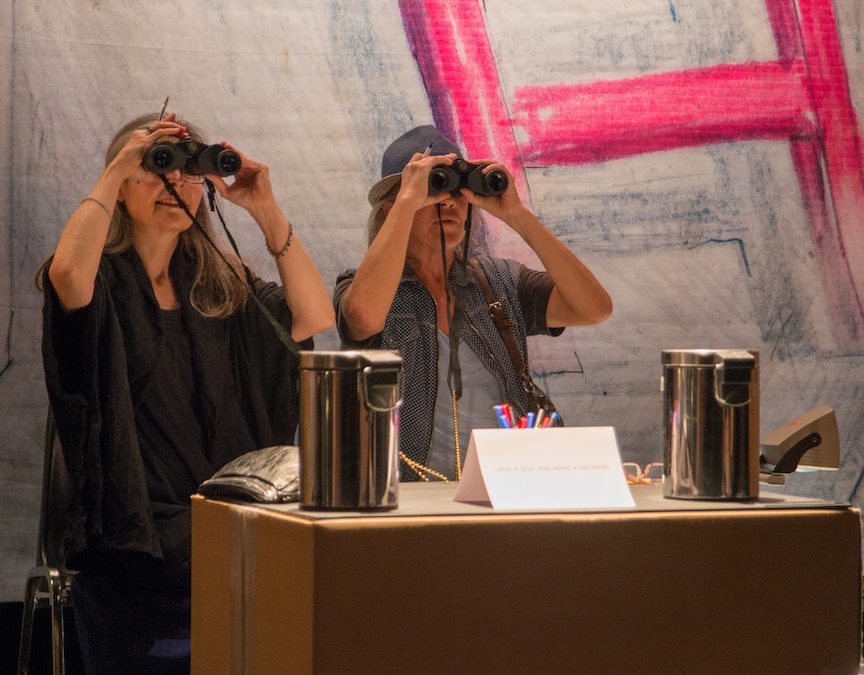 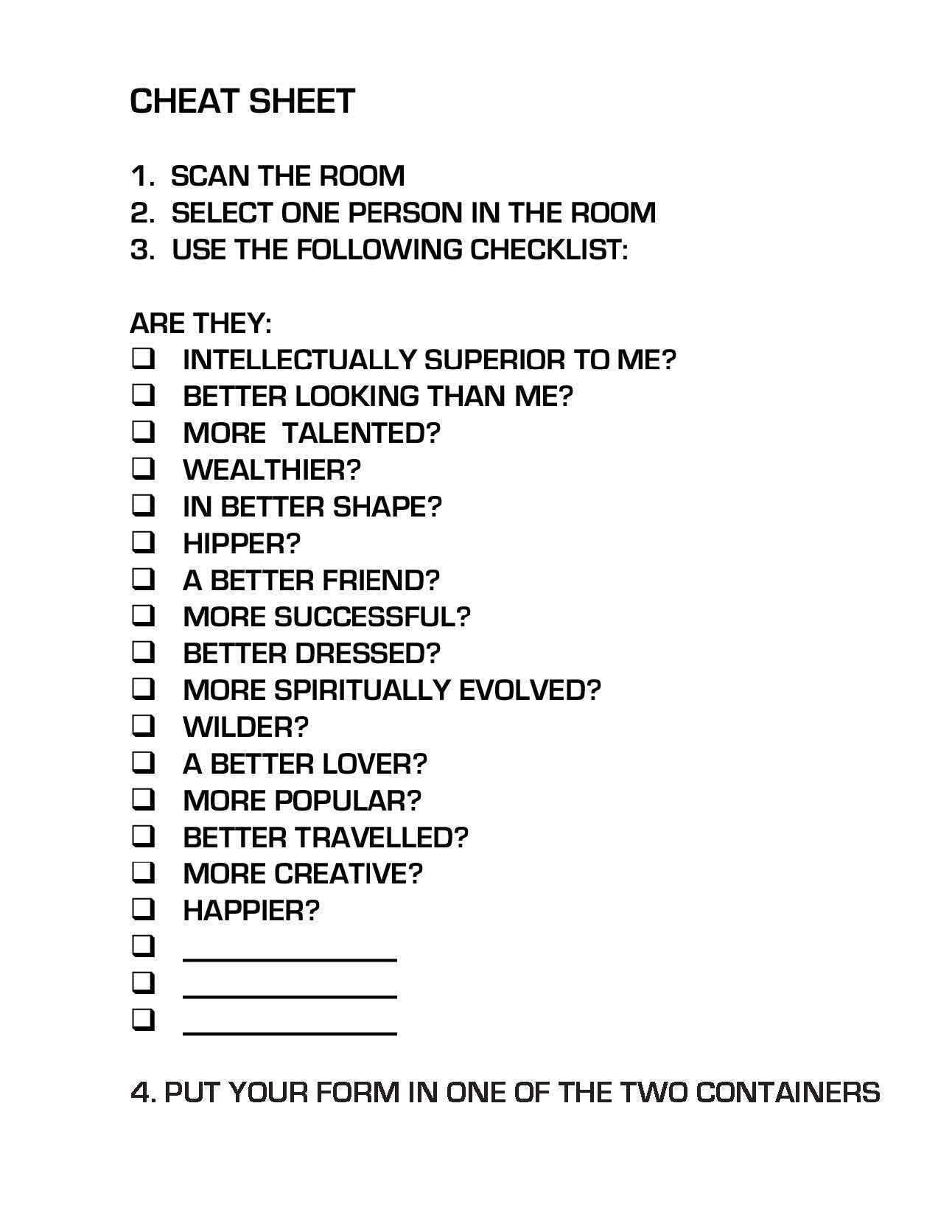 Detail from production: What Happened to the Seeker

Table, two chairs, pens, sheet with directions and questions to answer, binoculars tied to the table

Sign on table:  “Have a seat and make a decision”

Garbage One label:  “I’m not sorry for judging you”

As the public enters the theatre, they are divided into three groups and are brought to one of three locations: a mini cinema where they are offered popcorn and watch a movie made with puppets; an exhibit of objects and texts with a fully functioning bar; or an audio experience with headphones. The groups travel from section to section. After a brief intermission, the audience returns to the main hall for the second half, a travelogue to India on video and a final performance.

Fiction and non-fiction blend, as do performance, visual arts, video, textiles, performance… all together. They weave a story with narrative threads that go back in time and emerge fully in the present—a full-on experience for a public that wants to wander.

“If what Nadia Ross does isn’t theatre, then give me less theatre — and more of this stuff, whatever you want to call it… (Ross) is kind of a Canadian, female, progressive, theatre person version of screenwriter legend Charlie Kaufman”
Stephen Hunt (Calgary Herald) – one of the top ten shows of the year in Calgary.

“It would be easy to let the bitterness and quest for serenity disconnect and dismiss the culture as we find it. Instead the final words are the words of the future, spoken by the newer voices. This gesture is one of profound grace and hopefulness. Exactly as expected from STO Union – grace and hope where none might be predicted.”
Jacob Zimmer (Small Wooden Shoe)

“…Everything shifts when Nadia Ross appears. It takes only a few seconds for us to become captivated by her voice, her undeniable presence.”
Lucie Renaud (Revue Jeu) Montreal

“What Happened to the Seeker shows us a high level of originality on the level of form. The presentation surprises and succeeds in arousing our curiosity on the path that Nadia Ross has followed.”
Genevieve Germain. (Montheatre.qc.ca) Montreal